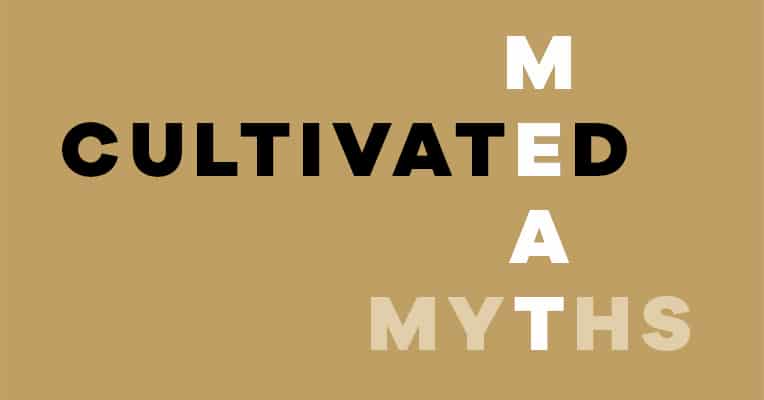 Cultivated meat, also known as cultured meat, is making people all over the world very curious. The buzz generated by cultivated meat has led to many myths and false truths. This article was written for people who want to understand the real deal behind cultivated meat. Here we go!

What is cultivated meat?

Cultivated meat is like real meat, yet it differs from meat that comes from slaughtered farm animals because it is grown in a controlled laboratory. Meat cultivation begins with the collection of stem cells from living tissue, without harming the animals, which are then cultivated via growth media. Enriched with growth factors, the growth media formulation mimics the animal’s biological system, allowing the cells to develop as they would normally do in natural conditions.

The Top 7 Myths About Cultivated Meat

1. Cultivated meat is not vegan

Is cultivated meat vegan? Vegans have different reasons for their choice of diet. Consumers who don’t like the taste or texture of meat or have adopted an animal-free diet for health reasons, will probably not want to see cultivated meat on their plate any time soon. That said, slaughter-free cultivated meat, with its low environmental impact, can absolutely be a great choice for vegans, especially for environmental, ethical and religious vegans, especially those who eat ultra-processed plant-based alternative meat dishes that don’t really feel or taste like real meat. 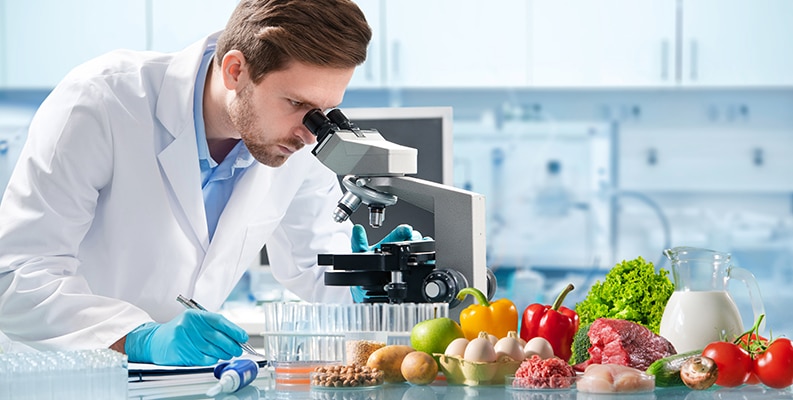 2. There is more risk of bacteria exposure in cultivated meat

Cultivated meat is produced under in controlled laboratory conditions, which include tests that are designed to identify any potential contaminations. If we compare lab environments to slaughterhouse conditions, cultivated meat is grown without antibiotics, and there is significantly less chance that it will be affected by foodborne pathogens or bacteria such as E. Coli than farm animal meat. And that’s before we even consider zoonotic diseases, which are transferred from animals to humans, often through the consumption of conventionally-harvested meat.

3. Cultivated meat is not kosher or halal

While the combination of cultivated meat and strict religious guidelines is unfamiliar territory, religious leaders from Jewish and Muslim faiths have been making positive pronouncements regarding the potential of cultivated meat to meet the needs of the devout, and cultivated meat companies have been working with them to understand the exact conditions necessary for cultured meat to be considered kosher or halal. cultivated meat is expected to replace many current meat industry practices and standards; therefore, there is reason to believe that a genuine consensus will eventually be reached on matters of cultivated kosher and halal meat, so that the many millions of people who eat kosher and halal can also enjoy cultivated beef and chicken, without the slightest sense of compromise or remorse.

4. The environmental benefits of cultivated meat are minimal

Today’s meat industry is responsible for massive GHG emissions, perhaps more than any other food industry. Furthermore, in order to feed the world’s growing populations, the meat industry is constantly expanding and utilizing more land and water resources. In comparison, the miniscule environmental impact of cultivated meat makes it a true game changer. Requiring fewer natural resources and with reduced GHG emissions, cultured meat is poised to feed the world’s population without putting a strain on the planet.

5. The cost of cultivated meat will be higher

It is widely known that the world’s first cultivated meat hamburger cost ~$330,000 to make in 2013. A lot has changed since then. While cultivated meat costs are still higher than industry objectives, it is also clear that as the industry scales production and develops its technologies, manufacturing costs will go down. That’s how things always work, in every industry.
Cultivated meat products are still not publicly available in most of the world, but industry decision-makers understand that their value is not as a premium offering, but rather as products for mass consumption. To facilitate true change, prices will have to be friendly.

6. People won’t buy cultivated meat because it still has many associated unknowns

Just like with any disruptive industry or cutting-edge product, it may take time for consumers to get used to cultivated meat innovation. But once regulatory authorities worldwide conclude their research and declare cultivated meat safe for consumption – this should really start to happen within the next year or two – then the public will have access to all the information they want to know. Sure, some people will still prefer to eat the meat they are familiar with, and that’s understandable. But many early adaptors will definitely immerse themselves in the cultivated meat experience, and many other consumers will follow. 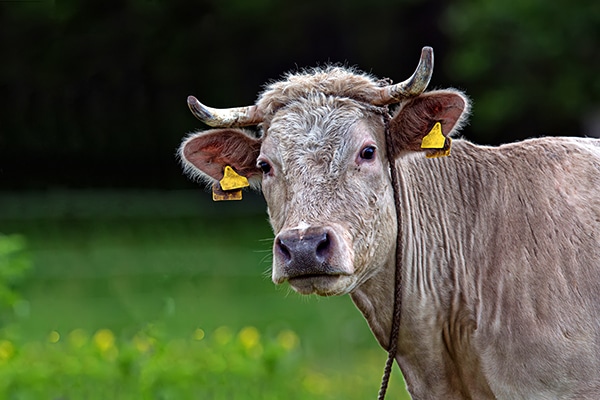 7. Cultivated meat is just as harmful to animals as the normal slaughtering process

Slaughtering animals means killing them. Furthermore, many animals destined for slaughter live very uncomfortable lives, in overcrowded conditions and with little to no care for their welfare.

In order to extract cells, the cultivated meat process does not require animal slaughter, or even animal harm. In fact, the whole point is keeping farm animals alive and well. Cultivated meat is based on humanely extracting some cells from an animal, after which there is no more dependency on the animal.

The future belongs to cultivated meat

People all over the world love meat, but are also concerned about the ethics of animal slaughter, steaks that may contain growth hormones and antibiotics, and industry practices that use up valuable natural resources. That is why it is so exciting to be living in a time where technology, empathy and pragmatics converge to create something new and exciting: cultivated meat that is antibiotics and slaughter-free. Thanks to meat cultivation, the way we produce, consume and think about meat is already undergoing radical change. That’s no myth or bold prediction. That’s truth.