What does the future of food look like in 2050?

Population growth, technology, and a universal evolution of value systems. Could this trifecta of change bring a perfect storm to the world of food by 2050? Could the meat industry experience the lion’s share of transformation? If so, what form could that take? Should there be less conventional meat in the future? And for good reason? There are serious questions about the sustainability of the meat farming industry. Are plant-placed meat alternatives a viable and attractive replacement?

Let’s jump into a time machine of possibilities in an attempt to envision how an estimated global population of 10 billion people might source their protein 30 years from now while helping to preserve the natural balance of the planet we call home.

UN statistics: The global population by 2050 will reach 10 billion

By 2050, cultivated meat, high-protein insects, seaweed and algae, and allergen-free nuts will be the most sustainable protein sources to support an increasingly growing population.

Many aspects of our lives — how we communicate with each other, how we travel, how we power our homes — continue to evolve. And as the future unfolds, food will be no exception. Population growth, global warming, the challenges surrounding food security and equal access to food, and the promise of more sustainable food will lead individuals to eat differently.

Here are some ways the world will change by 2050:

The United Nations Environment Programme estimates that the global population will reach 10 billion by 2050. Also by that same year, the UN projects that a scarcity of water, land and energy will lead to a global food shortage. 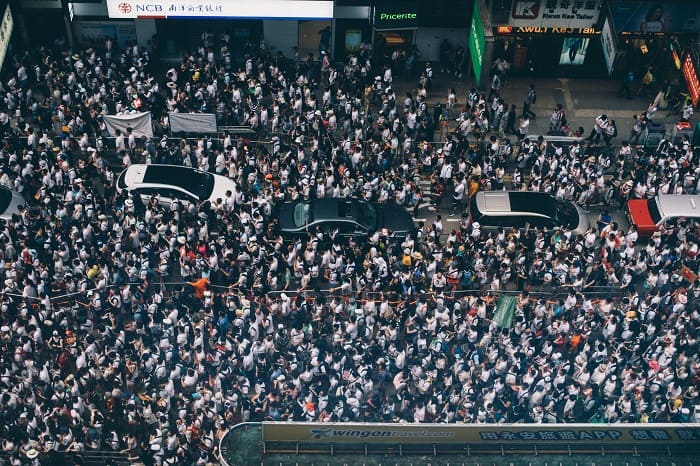 With a population of 10 billion people projected by 2050, global food security issues must be addressed now.

Rising temperatures of 2.5 to 10 degrees Fahrenheit caused by greenhouse gas emissions over the next 100 years will already have a significant negative impact on our food supplies by 2050. Crop yields and availability will go down and food prices will disproportionately go up.

Providing a growing population with enough protein will also be challenging. Current meat supplies will not be sustainable in the decades to come. Just raising cattle requires an enormous amount of land, a reality that results in approximately 6.7 million acres of deforestation each year.

Trees are a critical source of oxygen we need to breathe, and they help keep our air clean. Ongoing deforestation increases the CO2 in the atmosphere, a greenhouse gas that contributes to global warming. Replacing jungles and forests with pastures and feedlots is not a sustainable option. In fact, it presents an imminent danger of which we are already seeing the effects. The good news is that alternative protein products can provide people the protein they need with a lot less impact on the environment.

With an estimated 10 billion people in the world by 2050, sixty percent more food will need to be produced (Source: Food and Agriculture Organization [FAO]). A business-as-usual approach to food production won’t get us there. Today, there is enough food in the world. Yet millions of people still go hungry. The problems are access and availability.

Hunger and how alternative proteins can help

Access to food is most commonly disrupted by extreme weather conditions (much of which today is caused by climate change), food waste, one’s gender, and conflict. Hunger as a result of the effects of climate change mostly affects developing countries, creating a constant state of instability for local food production economies. On the gender front, women are more likely to suffer from hunger and malnourishment than men. Sixty percent of food-insecure people in the world are women and girls (Source: UN-WFP). 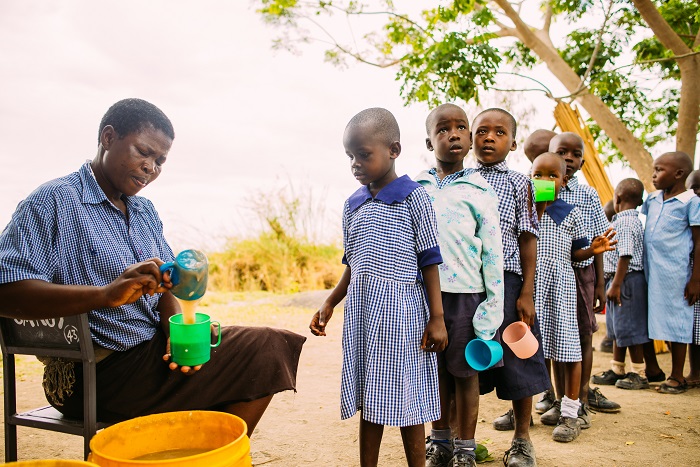 The good news is that if systems are established that can empower local economies, we can mitigate hunger no matter the cause. One potentially effective approach could be to set up localized cultured meat production facilities to help decrease a country’s dependency on international supply chains. This could also be an opportunity for regions whose climates are not suitable for meat agriculture to create a new and stable source of protein production.

Cultured meat production could also allow manufacturers to increase yield more efficiently and cost effectively based on need. Unlike animal husbandry, an increase in the supply of cultured meat will not require the time and land resources needed to raise and feed more cattle, not to mention the environmental impact. This means that we will be able to produce enough meat anywhere in the world efficiently, economically and at costs that are not as easily impacted by changing climate conditions or natural disasters.

The need for sustainable food

By most estimates, based on today’s current systems of food production and distribution, by 2050, billions of people will not have sustainable access to safe, nutritious food. The consequences of such a scenario wouldn’t just be devastating for people in the hardest hit areas. It would send shockwaves around the globe, potentially sparking violent conflict, an economic downturn, and migration of populations en masse the likes of which the world has never seen.

On the bright side, there are numerous government initiatives, technological advancements, and an overall increase in awareness of the need for improving and securing food systems. Today, market trends indicate that more and more people understand the importance of sustainable food production to make sure that especially the neediest communities around the world can remain resilient in the face of environmental and climate crises.

Cultivated meat, high protein insects, seaweeds and algae, and allergen-free nuts might just be some examples of what a more secure future of food could look like.

Cultured meat is real meat made from animal cells rather than slaughtered animals. Although the industry is still in its infancy, most projections position meat grown from cells as a protein option that people will eventually embrace on a global level. The reasons are clear. If the final product successfully mimics the meat-eating experience of conventional meat and its nutritional value, people will gravitate toward the idea of real meat that can potentially have a significant positive impact on the sustainability of the planet, e.g., enhanced food and water security, reduction in greenhouse gasses, and a reduction in deforestation.

Cultured meat could provide up to a 78% reduction in blue water usage, lessening the meat industry’s strain on precious water resources. It could also help with a whole host of other issues associated with the conventional meat industry: antibiotic resistance, foodborne illness, zoonotic disease risk, the destruction of terrestrial and marine habitats, and biodiversity loss.

At Steakholder Foods, formerly MeaTech 3D, we are using an animal cell cultivation process and 3D bioprinting technology to develop whole cuts of real meat. It is an approach that, when scaled, could provide a more secure and sustainable source of protein to millions of people in a world where the demand for real meat is only growing.

Insects can provide a valuable source of protein, vitamins, and amino acids for humans, and are much more readily available than cattle. Crickets, mealworms and grasshoppers are high in protein and, compared to cattle and poultry, are a more sustainable option as a global source of protein. Insect farming can also reduce the environmental impact of other animal protein sources and are essential in many parts of the world to providing future food security.

Similar to high protein insects, seaweed and algae contain nutrients that are essential to the human diet. They are rich in dietary fiber, high in protein and can be grown quickly without minimal environmental impact. It is also projected that seaweed and algae production will increase in the future with the expectation that they will be used as a solution for food security.

Allergen-free nuts, such as the tiger nut, are high in fiber, protein and minerals. Tiger nuts, which are not actually nuts, are currently experiencing a popular resurgence in the west, especially among people who suffer from food allergies because they do not contain lactose, gluten or fructose. They’ve actually been a part of the human diet for thousands of years, dating back to the Egyptians. They are now being rediscovered in western food cultures as a rich source of protein and a valuable food staple for the future.

By 2050, with a global population of close to 10 billion, experts project that the problems of food access inequality and the environmental and economic consequences of global warming will only grow more severe. As these issues evolve, the need for sustainable food and sustainable food systems will become more urgent. Cultured meat, high protein insects, seaweed and algae, and allergen-free nuts will be some of the foods that pave the way for creating a better, more sustainable way of life for humans and animals.

By 2050, individuals will be eating cultured, or cultivated, meat, high-protein insects, seaweed, algae, and allergen-free nuts. All of this food is rich in essential vitamins and minerals and high in protein. In addition, these foods will be grown sustainably and will benefit the environment by not depleting the planet’s natural resources.

2. Is cultured meat, or cultivated meat, the meat of the future?

Yes. Cultured meat does not require any animals to be slaughtered, requires significantly less water intake than conventional meat, and is more economical as it requires only weeks instead of years to achieve the same product output as conventional meat. As the Earth’s population continues to grow, it will only become more and more critical that we address economic and sustainability issues, such as food security and carbon footprint, through the transformation of how we source and supply food. Cultured meat is an excellent example of how to address these concerns.

3. How will we continue to feed our growing population?

To feed our growing population, we must reduce global warming and the need to raise and slaughter animals for protein. Understanding the importance of eating sustainably, protecting and restoring precious ecosystems, and increasing food production without expanding agricultural land are all keys to feeding a growing population while ensuring a healthier future for ourselves, animals and the planet.